"My mommy always said there were no monsters, no real ones. But there are." ~ Newt, Aliens

Before the United States government fell, Dane Roland served in the marine corps where he earned the callsign 'Voodoo'. Attaining the rank of sergeant, he was involved in a number of engagements with vampire nests and werewolf packs.

When government fell, his unit was free to continue the fight under the auspices of a mercenary company called The Archangels. It was during this time that he met and married Octavia Locke and the two enjoyed a brief and stormy relationship that ended with her supposed death in a fire he was credited with causing.

Stricken with grief, he left his unit and disappeared into the wastelands of the American Southwest.

(This entry is a brief record of my time on Pacifica, another MUX, but is easily referenced by the Dark Metal setting--maybe as San Diego. If anyone knows what happened to that MUX, please contact me!)

Finally coming to terms with his past, Roland returned to civilization, becoming a Bright citizen and joining the Pacifica Police Department. His performance was considered acceptable by company standards.

He would again run afoul of vampiric activity while protecting one vampire known only as Shi from the predations of the Sabbat sect (though he wasn't exactly indoctrinated into the political structures and machinations of vampires). Eventually, the two were forced to leave the city, having been cornered at every turn. She would disappear, never to be heard from again and he found his way to LATMA...

Dane Roland served MetSec for about a decade as a mostly-unremarkable Collections officer before finally seeing promotion to sergeant. Once this happened, he was quickly promoted to lieutenant before a lateral transfer into the MaxTac division where his droning existence within the company became a bit more exciting.

During this time, he was attacked without provocation and nearly killed by the vampire Badr, a wanted O47, in the Lady Luck Casino in Escondido. In the fight, Badr was himself nearly killed and subsequently driven off by Daedalus Tychus, a Consortium employee.

After this encounter, Voodoo and Tychus would have a number of close encounters with the Sabbat that resulted in several vampire kills and captures. The extended altercation, however, ended with a whisper rather than a bang with the vampires apparently ending the feud without warning or communication.

At the end of his contract, it was claimed by the media that Voodoo was responsible for the explosion in Forest Lawn that killed several rebel fighters, but was also responsible for the deaths of a dozen citizens and the destruction of local businesses.

His contract was purchased by Realities Amalgamated and he was employed as a security consultant.

While most are unaware, Dane Roland awakened a technocrat while handling an as-yet-unresolved incursion of what the Union is calling stable mutation in the wastelands. These mutants attacked and looted a number of supply caravans going to or coming from LATMA.

He was reunited with Locke, who had joined MetSec and served as a MaxTac sniper.

He'd had yet another stormy relationship with the MetSec medic Tara Bittamae, the pair splitting up without warning. She would run off with and marry a hacker the group was working with at the time.

And, like a damned soap opera, he met and fell for a TSA demolitions expert by the name of Janet.

Ironically, Janet managed to blow herself up.

In June of 2051, Dane Roland was reported killed in action in a gun battle with O47s in the corporate center.

To most, Dane Roland is cold and clinical. He has managed to get hold of his emotions and exhibits complete control in even the most unpleasant of circumstances. This can be terribly off-putting. There are, however, times when he allows himself to let down his guard and he can even be fun to hang out with, but these are few and far between. 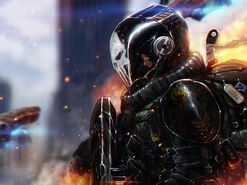 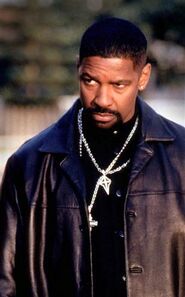 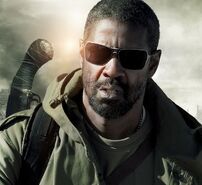 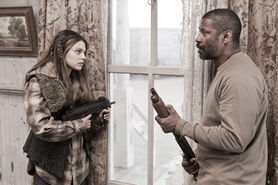 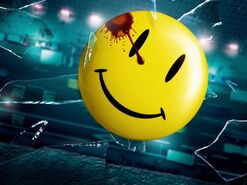