The Metropolitan Security Corporation, usually known as MetSec, is the top security contractor in LATMA. MetSec holds an exclusive "all-Metro" contract with the LATMA Consortium.

A MetSec employee is not your average beat cop. Metropolitan Security is a business, an evolution of pre-Fall organizations like Blackwater and DynCorp. After the fall of world and local governments and their replacement with Metros like LATMA, tax-supported police were replaced (and often absorbed) by private security contractors. MetSec was the largest of these from the beginning, and has ruthlessly maintained its lead.

MetSec has a unique no-bid "umbrella" contract with the LATMA Consortium, in which MetSec has complete authority to provide an armed response throughout LATMA, in any fashion it deems necessary, in order to maintain the safety and security of Consortium holdings. This contractually allows MetSec to supersede and override any local security providers at any time. If a local provider doesn't like it, they can file a grievance with the Consortium. (This will usually get a response in the vein of "tough luck", unless the local provider has more clout with the Consortium than MetSec does... and none of them come even close.)

MetSec has been given carte blanche by the Consortium to maintain security throughout LATMA, but that authority is limited by their contract, which, theoretically, can be revoked at any time. So there are political considerations that MetSec management is always taking into account:

MaxTac -- Short for "Maximum Tactical", these are the heavily-cybered and heavily-armed men and women who are deployed when more precision is required than a bomb can provide.

Collections -- The 'normal' police security force that MetSec also offers. These are the security guards and police that MetSec provides to client businesses (and entire cities) for a very reasonable price. Less armed and armored than the MaxTac troops, they're also considerably less imposing and unnerving to the public. Sometimes called "MallSec" behind their backs.

In recent years, as MetSec has gained more and more of a 'shoot first, ask later' and 'jack-booted thug' reputation, many are opting for other security contractors, such as Aegis Security or Stig-Martyr, and the Collections department has been gradually dwindling. Since MetSec's MaxTac and ComSec departments hold almost complete monopolies over their areas of influence, the decline of Collections hasn't put much of a dent in MetSec's stock.

Management -- These are the high-ranking bureaucrats who make the big cost/benefit decisions; where to send force, how much to send, what collateral damage is acceptable and which targets are absolutely off-limits. Nicknamed "PolSec" (for Political Security) by the lower ranks, but never to their faces. Management is lead by the Board of Directors, and includes the top ranks of every other department. 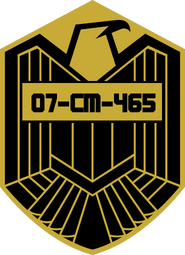 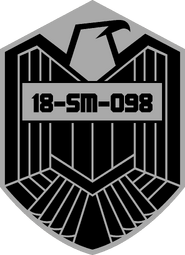 Metropolitan Security, is the Consortium's militaristic watchdog, provided with high-tech equipment and training making them capable of bringing down the O47s (although naturally the Bright areas where the most important citizens live tend to have the best-equipped and fastest security response, and the Dark ones tend never to see them at all). The supernaturals have learned that humanity is now well-enough equipped that the failure of their secrecy puts them in imminent threat of extinction; cybernetics, aerodynes, the Matrix, and Reboot are all tools humanity is putting to creative use in their anti-supernatural war.

Formerly considered the de facto and the de jure private police force in LATMA, MetSec ("The Metropolitan Security Corporation") has encountered some problems with its public image. Charged with the protection of all Bright areas, and with less emphasis placed on the financial benefits of protecting contracted businesses, its bottom line and gains have begun to weaken.

Now, with the CMC's changing goals and focus, MetSec has been given a dose of reality thanks to a backlash of negative reaction from the LATMA public, and dwindling financial padding. Its basic tactics may not change, but its public image will and business strategy will have to.

Each corporation will individually hold a contract with MetSec, with some corporations providing protection for city streets. Other streets may be granted protection, without payment, by the MetSec board of directors.

Corporations and businesses under MetSec contracts grant the privatized security corporation the freedom to search and seize, if it is deemed necessary, whenever the MetSec directors feel the urge.

The Dark areas of LATMA, and the citizens inhabiting them, are shown a different side of MetSec - harsher and unforgiving. To come across a MetSec officer now, as a Dark or non-mortal citizen, means your person is subject to the painful scrutiny of this private corporation. Its connections, though well known, are hard to trace beyond the CMC.

But it is clear, still, that MetSec remains the strongest force on the side of the Bright, human, or extremely rich.

MetSec has several divisions. They are Border Security, Bright Security, Financial, Legal, Information Retrieval, and Supernatural Response. Border Security maintains the parameter of the Bright areas, and watches for importation of disapproved materials and/or personnel. They also involve themselves and chasing down and punishing those darks who might conduct raids into Bright areas. Bright Security are your average beat cops and detectives who are charged with keeping order on the streets and basic security for those businesses that don't have extra private security. Financial is exactly what it sounds like- revenue, income, costs, supplies. Legal are mostly prosecutors and contract specialists. Bright citizens are entitled to a hearing, although they are not entitled to representation, BYOL (Bring Your Own Lawyer). Information Retrieval are the real specters of MetSec. These are the spooky interrogation specialists, the sneaky detectives, and Ex-ComSec personnel. Of all humans, these individuals know far more than they ever should. Supernatural Response are the cyborgs. These individuals are called upon to take down any major threat to bright society. Working with IR they can lay ambushes and are given the greatest leeway in causing collateral damage. MetSec has access to any modern military hardware available on any market. This does not mean every beat cop is carrying a backpack nuke, but it does mean, if they need it, they can get it. If the Consortium ever lost control and needed to drop a nuke somewhere, you can bet it would be a MetSec SR team that would arrange to have it done via the parent Corp.

Community content is available under CC-BY-SA unless otherwise noted.