Blackwell tends to be a bit reserved when interacting with people. As he is only recently 'free' from the Sabbat, he's still having to relearn how to deal with mortals and such on a less-than-food basis. He's not biased - much. He's willing to accept anyone on face value until such time that he can discover what their true motives are, but he's no fool. He's not lived this long within and without of the Sabbat by trusting people foolishly. 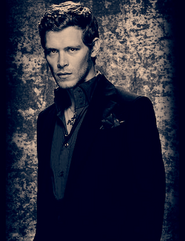 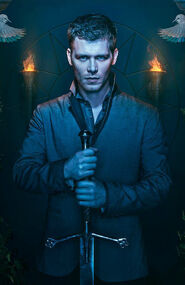 Blackwell, or as he was once known to his family as 'Marshall', was embraced before the fall - but only a few years prior. His embrace was typical for a Sabbat 'Shovel Job' back in the day. What was unique for him was that while the other recruits were instantly bound to their pack, Marshall was immune. There was something burried deep in his mind that resisted the power of their blood and so he remained independent of thought. He quickly realized that demonstrating such an immunity would make him a target for their leader's anger and kept that little secret to himself.

Over the two or three years after his embrace (before the Fall) he learned of the Sabbat's mission and their structure but never truely 'drank the koolaid'. When the Fall began, in those early months, the Sabbat used the opportunity of so much chaos to launch attack after attack against Camarilla targets and known Elders because they were able to operate, generally, in the open. It wasn't until the corporations began to arm themselves against supernatural threats that the Sabbat began to take heavy losses. It was on one such mission when his pack was sent to strike against a Camarilla holding in one of the southern states that he was able to free himself.

The pack's mission was thwarted by mortal intervention and Blackwell was able to make his escape while they took fire from corporate and government Gunships.

Escape to the West[]

Even during the days of the Fall and the reconstruction, the West Coast was known to be part of the Anarch Free-States. Marshall (Blackwell as he was known by the Sabbat since his conversion) assumed that if he were to find any escape from the Sabbat that he would have to remove himself from their territory and/or any territory that they were attempting to claim in the chaos of the reconstruction and supernatural extermination wars. Slowly, state by state, he was able to get himself over to California and there he remained.

As the chaos of the post-Fall world began to calm, Blackwell knew well enough not to become involved in the affairs of Southern California - especially due to its proximity with Tijuana and the power base that the Sabbat held in South America. Hearing that San Francisco and other territories further north were a bit less hazardous, he made sure to put an entire region (LATMA between him and the Sabbat.

With the establishment of the Oni Accords by the Hind-Manchu corporation, Blackwell was set to establish himself in the new world - though he did so still behind the veil of mortality. Though supernaturals were afforded the same legal protection under corporate law with the accords, there was no reason to 'come out of the coffin' in Blackwell's mind.

After the events of The Schism and The Broken Throne, Blackwell saw that the area of LATMA would be an open market for one such as himself to create a Barony. Supernaturals were as common as catholics (or so the saying goes) in San Francisco so it was difficult to accomplish anything for one's self without thirteen other people trying to jump onto one's coat tails. LATMA, however, was almost like the new world. With so many vampires now dead and those who remained either fleeing the resultant chaos left by the power vaccuums, Blackwell would stride in and declare himself Baron of one of the more 'flexible' (Grey) domains.