It's early afternoon, only a few hours until the end of the day and work in the lab is rather slow. Not that the Research and Development department of Prometheus Foundation is ever truly 'slow' but there's a general buzz in the background of activity. Located in downtown LATMA, the facility is a hub of bright society, science and corporate efficiency.

So, when one of the lab techs runs into the room and seems quite out of breath it's something that draws attention. The lab tech, a young Asian woman in a tasteful dress with a white lab coat, calls to one of the displays.

"Monitor five: display current news feed, corpnews." At her instruction the display on the monitor flickers and then picks up a large cloud somewhere over the sky east of LATMA. The 'cloud' appears to be burning at the lead edge as a reporter's voice-over comments. "...falling debris has been identified in a line from Death Valley towards the remains of Old Phoenix."

It was a fairly routine practice for Dr. Mao to personally come into the R&D offices. Though it wasn't an explicit stipulation of his contract with the Foundation, he found it a simple courtesy, and of course with its benefits, to occasionally keep the staff there apprised of his current projects, developments, and general musing. Today was one such monthly installment of that very practice. Standing at the administration desk, Mao had brought in a small stack of high-density data diskettes.

As the tech comes bolting in, Dr. Mao's attention averts from the requisition form he'd been filling out, watching with some intent as the technician hurriedly implores the display. Inexpressive eyes flitted from her to the screen, fixating then on the smoldering object, depicted as it streaked through the sky. Utterly stoic, he casts his eyes, sweeping around the room to assess the interest from the other technicians as they join in to watch the event.

After a moment, he returns to his task. Quickly and efficiently, he fills in the last fields on the form, before leaving it to the counter top with the disks, sure to be handled by some overworked intern. Slyly, he then turns, able to devote more of his attentions on the newscast, looking for even the smallest identifying details through the fidelity of the digital broadcast.

The 'cloud' continues to burn at the forward edge as it plummets towards the ground. The trajectory would seem to lend its course straight for Old Phoenix. A number of drones and gunships, based on what one can see on the newscast, continue to hover in the foreground - trying to collect information as they can. Then, just before the feed goes blank, the burning edge peels back to reveal the hull of ... something mechanical. A ship?

"Did you see that?" asks the Asian lab tech. Since no one else seems to be giving her any degree of attention, she focuses her attention upon the enigmatic Dr. Mao.

Ayl Mao's eyes narrow, studying the craft and, for the moment, ignoring the tech. The corner of his mouth tugs as he ponders what he's observing. Finally, he turns his gaze on the technician and intones, "Get your supervisor. Someone with clearance."

Maybe a bit bossy, but he wasn't the most sanguine personality. As the feed cuts, he fixes his hands to his side, wandering back to the administrative desk without really waiting on a response from the tech.

The young Asian technician turns at the instruction and bolts out the door calling for 'Doctor Scott', one of the lead researchers on the floor. This is definitely going to be big - a discovery that, if they ever get a chance to investigate it, could redefine what is understood about science.

The 'crash site' has been under quarantine for nearly a week. Rumor circulates wildly through the tech circles that it's one of the pre-fall stations that was somehow knocked out of orbit. Such a rumor continues to be enforced with drops of information here and there but those of the more skeptical variety have started to wonder if all of this 'evidence' concerning the fallen station is just a bit -too- perfectly placed.

The research assignments within Prometheus Foundation are fairly standard - nothing out of the ordinary at all. Then, a message is sent to Dr. Mao to review the findings within their copy of the Phoenix Report. Their copy reveals two bits of technology uncovered by an investigating team's first sweep: A possible anti-intrusion device designed as a 'Sentinel' and a small device that creates a hologram designated as a 'Holo Projector'.

Ayl Mao spent the better part of a workday pouring over the initial reports supplied by the Foundation. Despite their forthcoming nature, he'd suspected that, regardless of their intentions, they were always going to be holding /something/ back. Regardless, even the provided details in the report were illuminating.

After a brief series of exchanges with R&D chiefs, Dr. Mao scheduled an in-person meeting where he could discuss thoughts and impressions without the uncertainty of Matrix-based communication. His only topical comment being that a materials analysis of any debris should be made ready at the Foundations earliest possible convenience. He anticipated that they'd be curious as to why he'd be taking such an interest, given his background in cybernetics and not astronomical phenomena, but theirs was always a relationship built on some level of trust, no matter how contrived.

Dr. Mao arrives on the noted date and time, as punctual as ever, and after moving through the Foundation's security, finds himself again at the administrative desk of the lab, waiting on his handlers.

The various R&D Chiefs file in to the conference room with one of their aids to help facilitate the discussion with visual aids, copies of all of their reports and the like. Five in all - or at least five who are present, walk in to the room with a faint air of the lack of sleep about them. Two days ago the CEO of the corporation had 'expressed' his interest in learning what could be known about the two bits of technology. Unfortunately the details of the two items are rather sparse within the Phoenix Report. They do not discuss any of the morphology or any kind of materials though there are some personal observations from the primary sweeper team which sound like an old high school science report: seems metalic or possibly crystalline are dotted throughout the report.

"So," says Dr. Zimm, the leader of the R&D department for the foundation, "twenty-four hours ago I was willing to say that we hadn't made any measurable improvement in our efforts to understand the Phoenix Report. However, Dr. Higgins here has taken some initiative. Doctor?" There's a general lull in the other chiefs but one, a young and up-and-comer, raises his hand and explains that he's taken a bold step."I've made some efforts to secure a bit of debris - that is likely to have come from the 'fallen station'. Here," the assistant for Dr. Zimm taps on his tablet and the lights dim and a projector displays an image of a fragment on the screen.

The fragment is a bit of 'wreckage' or so it would seem that measures no larger than a man's forearm and roughly diamond in shape. It looks to have been blown off the hull of the ship on its descent. As the young chief describes how he contracted ' an agent ' to collect the fragment from near Death Valley and how they are able to study the fragment - but still no very little. The materials analysis display shows compounds and composite materials that seem impossible. "The best we can say is that it's some kind of poly-crystalline material that's heat resistant and is about as light as aluminum but more resilient than titanium."

Seating himself across from the lab coats, Dr. Mao is without visible means of recording. Activating his internal cybernetics, he utilizes his headram to begin recording their interactions. As the projector display flickers on, Mao turns his eyes to it, immediately setting about studying it with a dire sort of intensity. The details offered up by the other staffers were all to be expected, so Mao's attentions are on the composition readouts.

"I see," he mouths flatly. "I will assume that, despite media reports, we are not assuming this to be one of the old stations coming down out of orbit?" Mao's version of a joke, of course they aren't. Without waiting on a serious reply to the question, he stands and approaches the screen, "I'd recommend acquiring as much of this debris as is humanly possible. There is sure to be a lot of it, but the wasteland scrappers are sure to be out in force trying to acquire as much of it as possible. It's sure to have exceptional value." Turning then to regard 'Higgins', he continues breathlessly, "The report suggested that the craft has a system that appears meant to repel intruders. I assume from this that a team has already attempted to breach the exterior?" Higgins nods in response to the question leaning forward into the table a bit as he contributes. "With a bit of further investigation...in ... 'unorthodox' channels, I was able to find out that the Sweeper team lost three of its numbers to what they called beams of light that either completely destroyed the target or possibly teleported it to another location. There's no way of knowing at this point." Zimm isn't exactly enjoying this breach of protocol though the results can't easily be disputed. "I will speak with Mr. Lovecraft to see how much of a budget that he would like to allocate towards securing more of the debris. Naturally we'll have to go through a third or fourth party to ensure that we are not connected to their collection but that poly-crystalline compound does seem rather interesting." The leader of the department takes a moment to ponder something to himself and then adds, "Miss Swenson - make an appointment with Mr. Lovecraft at his earliest convenience... to discuss departmental budget issues." The aid nods to the order and then the display - as Dr. Mao is standing up by it - flips to another bit of debris. This fragment is more of the 'diamond-shaped' sections of the ship's armor but this one is slightly different. It bares what appears to be either part of a symbol or glyph fragment. Though it's only a portion of the overall image, the corner alone would signal one thing.

Ayl Mao's expression when he takes view of the symbol is unmoved; he appears only to study it as deeply as he had the previous compositional readouts. Without turning his eyes on the management, "I'd like to participate in any on-site projects the Foundation may be undertaking. Obviously this would be under our usual agreement of non-disclosure. Needless to say I think it would be unwise to attempt to gain further entry into the craft until more is known about the nature of the deterrent systems."

Turning finally, Mao reseats himself at the conference table, "Where did the craft finally come to rest, and how near is it to Foundation assets? --This may require a long-term research apparatus."

Zimm explains, "By all reports, the bulk of the crash is within the ruins of Old Phoenix though there is debris scattered for several miles from Death Valley to it. The nearest facility of the Foundation, currently, is near the Redlands I've been told." The screen goes blank and the lights come up while the chiefs mutter about which team will get the job of trying to explore the poly-crystalline material. "I will convey your request to Mr. Lovecraft...," the lead researcher stands as does his assistant. "If there's nothing else, then I suggest that we get back to work..." 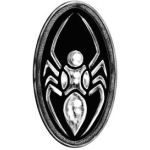